Another part of the group I did for SCG Seattle, which I promise I will describe at some point when I get the time. So many wonderful people, so many great commissions (which are, rightly so, keeping me from being more active online at the moment). I've had a longstanding crush on Destro from GI Joe, and had the idea to immortalize all the faces you'd see from him in a domestic situation that none of us ever got to see during the cartoon/comic, as elegantly stoic as he always was. Baroness probably got to know these expressions, and now you can, too! And knowing is half the battle. 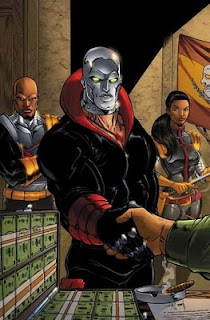