In the Presence of Greatness

This is my contribution to (pffff) Selesnya Week. As a bona fide Rakdos madcap on the battlefield, and a devoted member of Schmazzgordios Guild (check Gathering Magic during Azorius Week for the scoop on this upstart!) in all other aspects of life, there is no love lost between myself and the Populators. If you haven't seen it yet, check out Inkwell Looter's RtR hip-hop jam "Going back to Ravni."

Mike Flores put up a great article on the Best Selesnyan decks of all time this week, though, and the fact that one of these decklists featured Yosei, the Morning Star, reminded me of some important aspects of community. 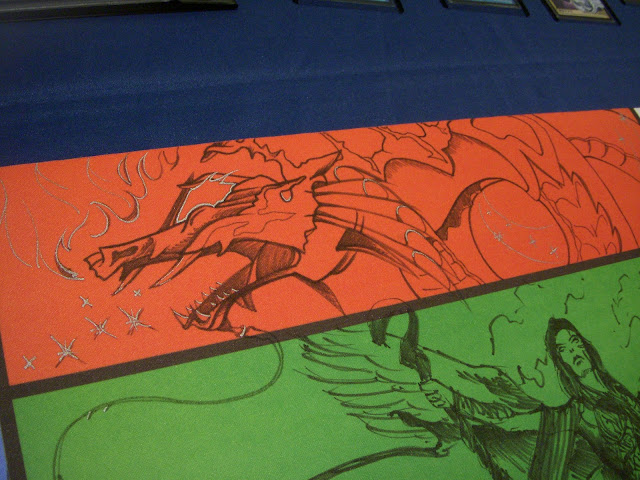 Back at SCG Seattle 2011, a really sweet guy, some kind of brown, good sized, and soft-spoken, approached me about doing a sketch on a playmat. Not an entire playmat, but just to add Yosei, the Morning Star to a playmat that was already 3/4 of the way decorated.

I stalled. In fact, I declined at first. I wasn't sure how to price this kind of work, and frankly, I was terrified. Why? Well, look at the rest of the playmat: 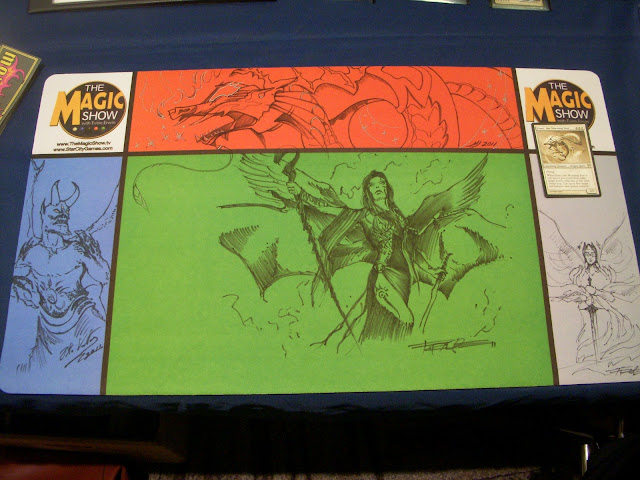 Pete Venters? Real artists? This fan had gotten his mat totally pimped with seriously  nice sketches by lifetime professionals. There is a huge difference between people who are pretty good & talented "adepts" like myself, and the Archmages of art who've been doing it seriously for years.

There was no way in hell I wanted to touch this playmat with my pens.

But, this guy was relentless. He came back after considering my price, and told me he really, really wanted me to do it because it just wouldn't be "done" without Yosei. I couldn't only blink with a deer-in-headlights look in the face of his faith. He thought I could do it. How could I deny him?

That feeling of terror is what also kept me from saying "hi" to these people that I like and admire, folks I communicate with via electronic media but whom I basically ignored in person because I got super anxious. 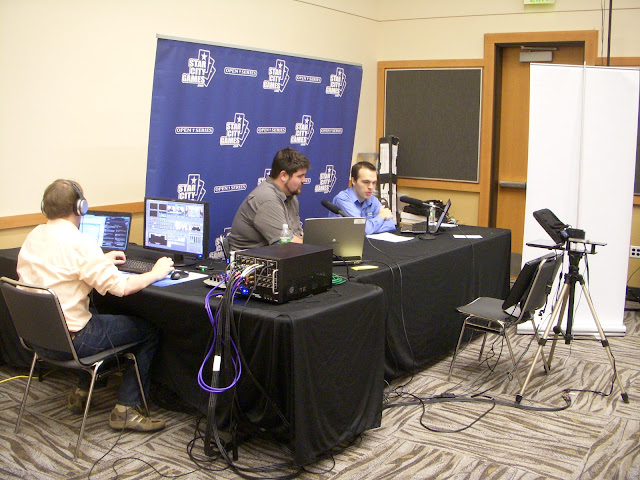 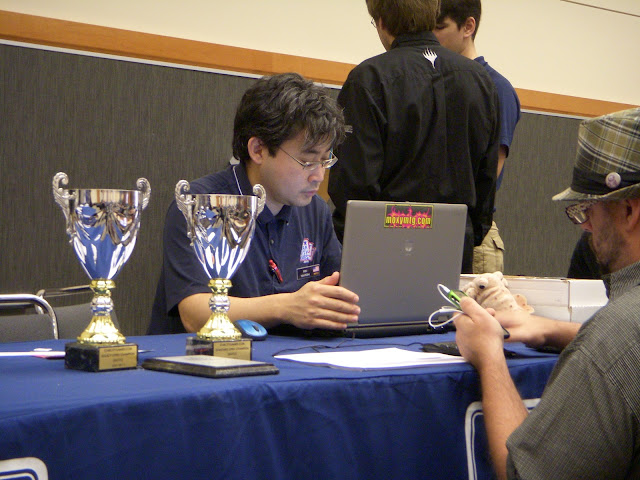 Luckily, some of these people were not as lame as I was and came up to introduce themselves. I was so grateful and it was really exciting and memorable.

In the end, I put that damn dragon on that playmat and it looked awesome. The support from those who buy my art and read my articles has been incredible and unshakable. It really keeps me inspired. And next time I see MtG celebs I know from the e-world, I am going to force myself to stop by, say hi, and shake hands. And probably get a screaming fangirl pic while I'm at it - Cedric hey!!!

Because if we're part of this, we're each equally responsible for reaching out and making the community even stronger.
Posted by MJ at 1:25 PM